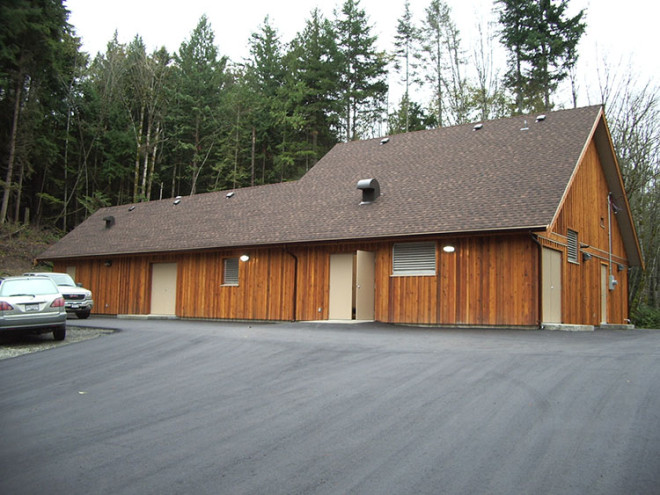 This decentralized facility, serving the small Vancouver Island community became operational in 2006. It is completely inconspicuous, and noise and odor free. Most importantly, the plant produces a high quality effluent discharged into the very sensitive environment of Nanoose Bay: BOD5, TSS and Total Nitrogen of less than respectively 10, 10 and 20 mg/L, Ammonia Nitrogen of less than 1 mg/L and Fecal Coliform of less than 14/100 mL.

The plant consists of a fine mechanical drum screen, USBF® bioreactors, sand filters and UV disinfection. It includes two bioreactor modules, and a provision has been made for future modular expansion.

The plant was contracted as a Design-Build-Operate (DBO) project and it included the development of a training program for two Nanoose First Nation members. Supervised by ECOfluid, the plant’s day-to-day operation is performed by the two members.